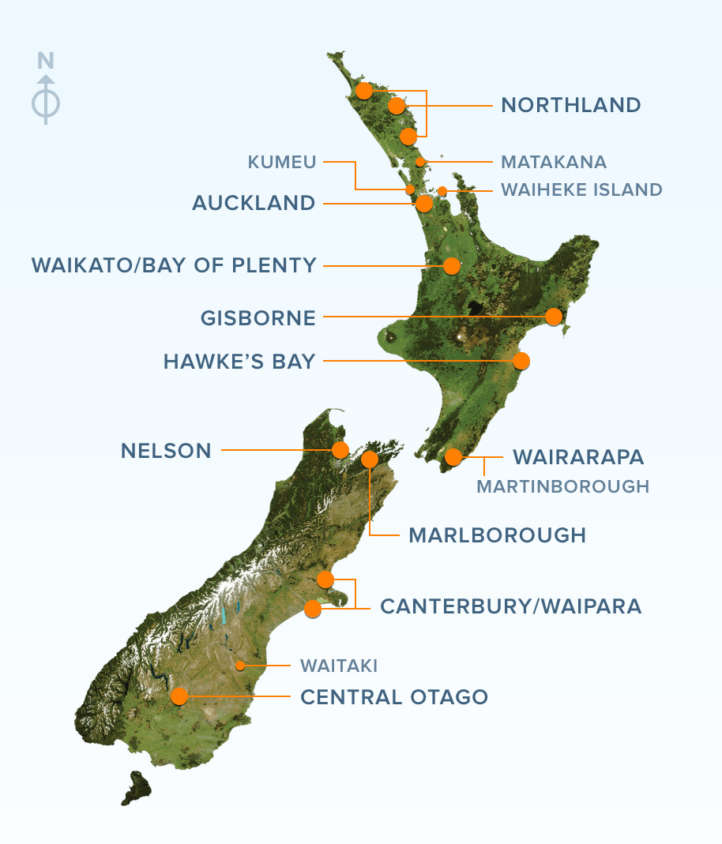 This large sub-region has a richer soil makeup. The hills and ridges shelter the valley from cold southerly winds – the area tends to be warmer during the daytime with cool temperatures overnight. Wines produced are weightier and more concentrated than those from the Wairau and Awatere Valleys.

This subregion has both cooler, drier inland sites and coastal sites moderated by sea breezes.  River stone soil beds filled with gravel retain heat from the sun and drain freely. This produces wines with renowned fruit intensity and body.

This southern pocket of Marlborough was pushed up out of the ocean due to seismic activity and sculpted by ancient glaciers. Vines plunge their roots into flinty, unforgiving beds building flavour and intensity. Dryness forces vines to prioritise fruit over foliage, resulting in lower yields with thicker skins. The long, cool growing season gives wines with elegance, fantastic structure, concentration and texture. 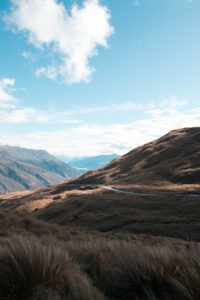 ‘ The extreme climate rewards careful site selection with wines of great intensity and finesse, and encourages an increased focus on sub-regional expression. ‘ www.nzwine.com

The southernmost of the subregions with a climate is dry and hot in summer followed by bitterly cold winters. and runs to extremes in both summer and winter. Large diurnal range (variation in temperature between day and night) leads to vividly varietal, aromatic, finely structured wines.

A warm and dry subregion, producing wines that are distinctive and complex.

The largest vine plantings of the Central Otago region. Vines are planted on gentle north-facing slopes, increasing the sunlight hours and making this possibly the warmest subregion. Stony soils soak up the hot summer sun and amplify the cold felt through the harsh southern winter.

Extensive plantings around the town of Cromwell, on the west bank of Lake Dunstan. The majority of plantings are situated on the lower terraces and valley floor running parallel to the snow-capped Pisa mountain range.

The highest subregion of Central Otago, Gibbston’s cooler climate and north-facing hillsides ripen later than the other sub-regions. Wines are lighter, whilst retaining intensity.

This picturesque subregion is cooler and slightly wetter than the Queenstown and Cromwell areas. Lake Wanaka reflects sunlight onto the vines and tempers the extremes of winter. Wines produced are both vivid and delicate.

A warm, temperate climate makes the Hawkes Bay region ideal for fruit. Vines were first planted in 1851 by missionaries – the area is now known as Mission Winery.

Hawke’s Bay has an international reputation for producing high quality Bordeaux Blends (primarily from Cabernet and Merlot ), in addition to Syrah and Chardonnay. Pinot Noir is also grown, along with a range of aromatic white wines and dessert wines.

Vineyards with proximity to the coast enjoy the most dramatic effects of the temperate climate and long growing season in the Hawkes Bay region. Gravelly, free-draining soils have proven particularly suited to the production of premium Chardonnay.

It is an area initially renowned for stunning Pinot Noir – in addition to Chardonnay, aromatic whites, Syrah and dessert wines.

Named after the founding farmer John Martin, the town of Martinborough was laid out in the form of a Union Jack flag!

With its cool climate and Burgundian soil profile, Martinborough was first planted in the late 1970s. Elegant Pinot Noir, crisp Chardonnay. vivid Sauvignon Blanc, Syrah and aromatics are all produced in this southern Wairarapa subregion.

With early morning frosts and hot summer days, the diurnal range of Masterton, the largest town in the Wairarapa, produces complex wines with intense flavour. Pinot Noir and Sauvignon Blanc are the most planted varieties.

Free-draining river beds and a cooler climate with plenty of sunshine suit Pinot Noir very well, in addition to vivacious Sauvignon Blanc and a range of aromatic whites.